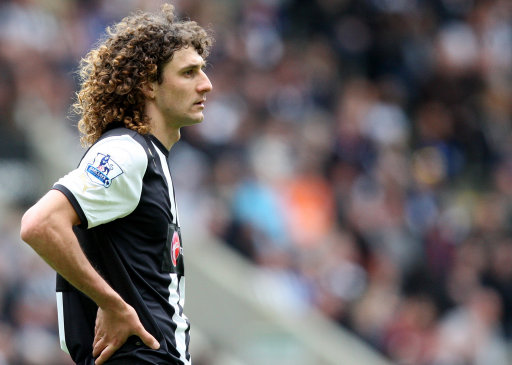 “I’m getting too old for this shit”

Things just went from ‘a bit dicey’ to worse at Newcastle this afternoon with the news that Fabricio Coloccini has asked the club to null his contract in January so he can return home to Argentina ‘for personal reasons’ – though we’re yet to see any direct quotes as of yet.

Colocinni signed a four-year deal with Toon last October, but the Independent are reporting that he flew his team of advisors out from Argentina especially to deliver the bombshell and begin brokering a severance.

That’s what playing alongside James Perch for too long can do to a man.

There is word that Colocinni wants to re-join San Lorenzo, where he spent six months on loan from AC Milan back in 2000/01, and the Argentinian Premier Division club are hardly distancing themselves from the rumours, with president Matias Lammens telling the press:

“Coloccini to San Lorenzo is the plan A, B and C. He represents much more than football. He played here six months and was champion, his father works at the club and is a fan.

“The deadline is next week but we cannot do anything crazy with the budget.”

Which, once you factor in that they’ve already lost Demba Ba this month, is all a bit of a bummer for Newcastle, no? Coloccini has gone from hapless clown to damn-near indispensable in but a few short seasons – finding his way into the Premier League team of the year for last season no less.

In a wafer thin defense, his loss – should he get his wish to return home – will be keenly felt, perhaps to ‘relegation’ proportions. He hasn’t been on song for a while now, maybe now we know why.