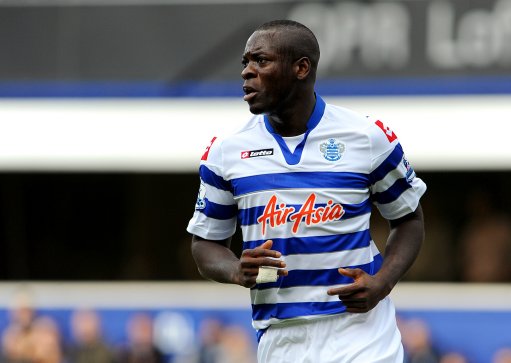 Using the most rudimentary of mathematics (£12.5 million + (£100k x 238 weeks)), Pies have estimated that Chris Samba’s deadline day move from Anzhi Makhachkala to QPR will cost the club somewhere in the region of £36 million.

It doesn’t take the most finely-tuned psychoanalytical skills to suspect that Tony Fernandes may be a couple of paninis short of a tuna melt platter, though that hasn’t stopped the Anzhi top brass – who presumably haven’t stopped laughing uncontrollably since January 31st – calling the Malaysian QPR owner’s mental faculties into question.

“At QPR he will earn almost as much as he did at Anzhi. In my view, QPR have lost their minds.

“When they agreed to pay his release fee we wept. Samba wept. Everybody says that he ran away from the club, but that’s not true.

“He didn’t put any pressure on the club until we received an offer from QPR for £12.5m, the amount required by his contract.”

Tough to argue with that. You’ve got to admit that Tkachenko can back his opinion up with one cursory look at QPR’s January outgoings.

Fernandes (and let’s not pretend Harry “I’ve got two goalies on the bench tonight guv” Redknapp didn’t have a sizeable hand in this too) broke the QPR transfer record twice in the space of a fortnight – pretty much gambling with next year’s Premier League TV money – to bring in a dismally out-of-form French striker and an undoubtedly imposing, though not particularly gifted 28-year-old centre-half.

Need we remind you that Samba and his £36 million’s worth of physical presence saw the Hoops go down 4-1 at Swansea last weekend?