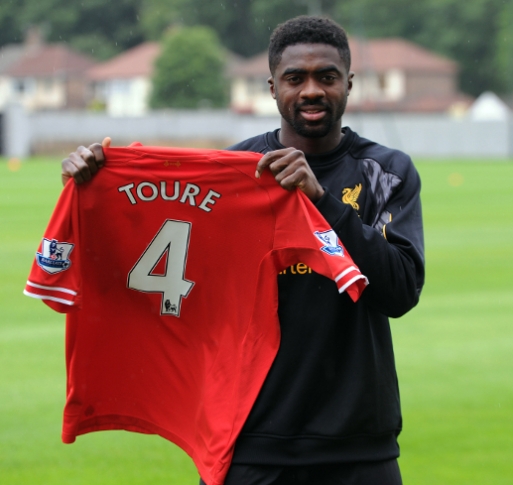 Hardly a signing who will single-handedly inspire Liverpool to glory in the coming season, the acquisition of Man City defender Kolo Touré, for free and on a two-year-deal, is still a rather decent bit of business for Reds’ boss Brendan Rodgers. The 32-year-old Ivorian veteran will add a bit of depth and experience to the Liverpool defensive ranks, particularly with another old soldier, Jamie Carragher, hanging up his boots this summer.

Touré was a revelation under Arsene Wenger, initially playing in midfield for the Gunners before reverting to his preferred central defensive position, where he and Sol Campbell provided the foundations of the Invincibles. His subsequent move to Man City started well but the defender eventually fell out of favour at the Etihad, with a ban for taking prohibited substances (courtesy of slimming drugs) not helping his cause.

On his move to Anfield, Touré said:

“This means a lot to me. Firstly, I’m joining one of the best clubs in England.

“When I left City it was important for me to stay in England because it’s the best league – and to join Liverpool is massive for me.