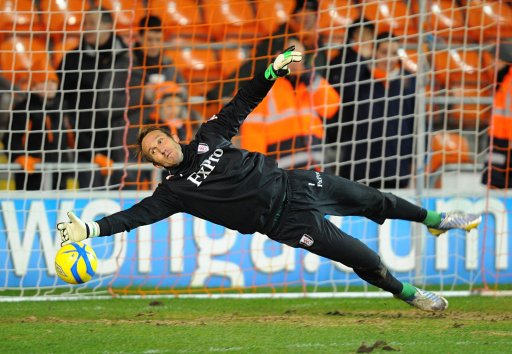 In a move which has come rather out of the blue, Chelsea boss Jose Mourinho has secured the services of veteran Aussie goalkeeper Mark Schwarzer on a one-year deal.

40-year-old Schwarzer has been one of the most consistent ‘keepers in the top division for years now and after turning down a new contract at Fulham, he was available on a free.

The former Middlesbrough man is hardly in his first flushes of youth, but Schwarzer was still an impressive performer last season for the Cottagers and the deal looks like a rather clever piece of business from Mourinho, with Schwarzer providing experienced back-up to Blues’ number one Petr Cech.

Young ‘keeper Thibaut Courtois, who is out on loan for another season with Atletico Madrid, remains the long-term successor to Cech, but until the Belgian returns to Stamford Bridge, Chelsea remain well stocked between the posts.