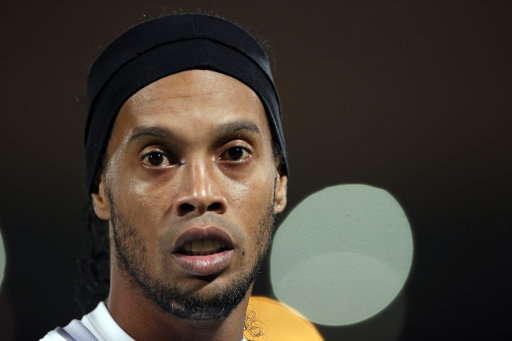 Hat’s off to Basingstoke Town, who are daring to dream big in their (so far unsuccesful) attempts to lure Ronaldinho to the bright lights of the Vanarama Conference South.

According to the Basingstoke Gazzette, representatives from Town have been in contact with Ronaldinho’s brother and agent, Roberto De Assis, and offered him a contract, with flights and accommodation included as part of the deal.

Ronaldinho, 34, is currently a free agent after leaving Atletico Mineiro at the end of last season.

“Discussions have been had, and there is an offer on the table. Now it is up to Ronaldinho to decide whether he wants to take us up on it.

“He is on a free transfer and if he wants to get into English football, I cannot think of a better way to do that than by signing for Basingstoke Town.”