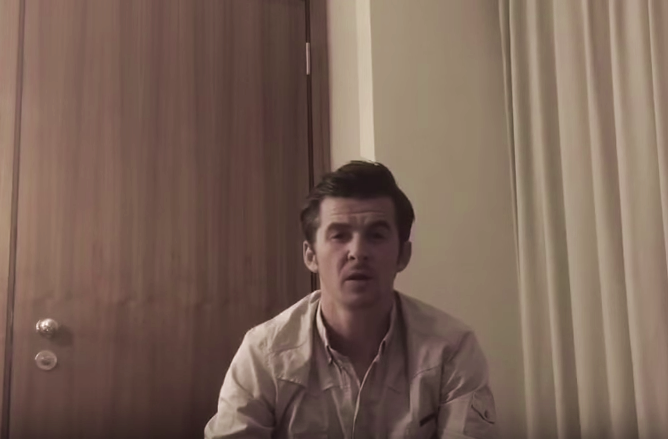 Despite undergoing a medical earlier in the week, it looks like Joey Barton will not be joining West Ham any time soon – which will no doubt come as blessed relief for Hammers co-owner David Gold.

In fact, it looks like Barton is being held hostage in a Travelodge as a result of his transfer collapsing. From his all-brown economy suite, the ex-QPR midfielder posted a video message to broadcast his disappointment.

In a message addressed to the West Ham fans specifically, Barton said:

I’d just like to thank the West Ham fans who sent me a lot of kind messages on social media and especially on Twitter.

Obviously, with a character like myself there’s one or two who are not so kind or complimentary, that’s kind of par for the course with me these days.

I felt West Ham as a football club certainly would have been a good fit for me.

Despite a few having reservations, I felt I could really have done well and really offer something to the squad.

It’s exciting times for the West Ham fans. I just wanted to wish you all the best in the future and no hard feelings.

You can see the video here…

Thankfully, it seems we’re a little wide of the mark on the whole ‘hostage’ aspect…

Sorry about video quality. Although, it feels like it with the day I’ve had, I’ve not been taken hostage. 😃

Still, Joey, blink twice if you’re being held against your will.