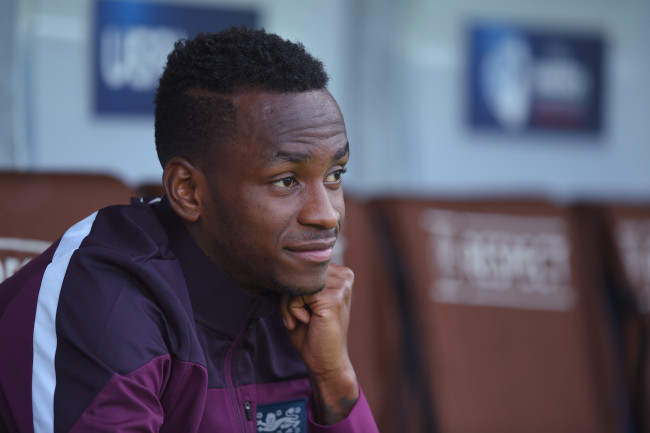 Tottenham have failed to impress West Bromwich Albion with a £15m bid for Saido Berahino, says the BBC. The Independent, however, says the rejected offer was £18m.

The newspapers can’t agree on much. The Express says the striker has already signed:

The England Under-21 striker, 22, scored 20 goals last season (14 in the league). He’s started in attack for both West Brom’s Premier League matches this season.

We have no interest in selling Saido which is what I have told Spurs chairman Daniel Levy. I know we are living in an age where no club can say ‘never’ about the possibility of selling a player. However, the prospect of selling Saido is simply not on our agenda.

We are going forward with Saido very much in our plans and still striving to add players to improve the balance of our squad.