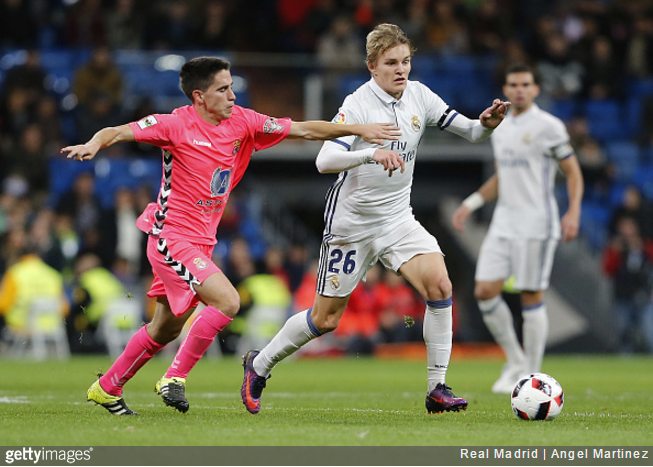 After spending two years muddling around in the Castilla at Real Madrid, one-time Norwegian wunderkind Martin Odegaard has today completed an 18-month loan move to Heerenveen.

As a 15-year-old, Odegaard enjoyed a meteoric rise to prominence after starring for Stromsgodset in the 2014 Tippeligaen season, defying his tender years to weigh in with a shed-load of goals and assists.

He also became the youngest ever player to take the field for Norway in August (breaking a record that had stood for over 100 years) that same year before signing for Real in a €3million deal the following January.

However, the now-18-year-old found first-team football unsurprisingly hard to come by at the Bernabeu, making just two senior appearances in as many years.

And so, today Young Lord Odegaard begins anew with a much-needed transfer to pretty much anywhere else…

“I am very happy to be here at Heerenveen. I am just a normal boy,” Odegaard insisted at his grand unveiling.

Hopefully, amid the relatively ordinary confines of the Eredivisie, he can begin proving that he’s anything but normal all over again.