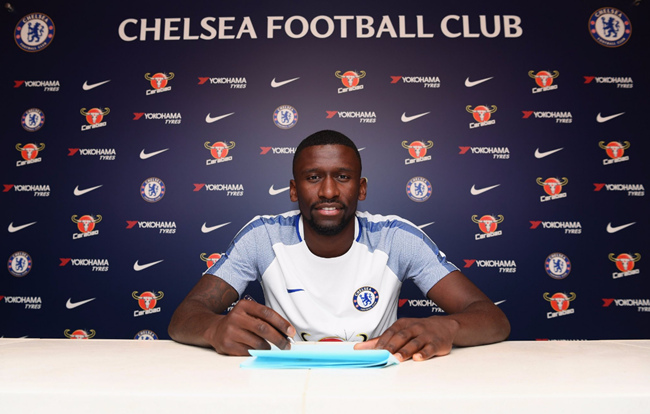 Chelsea have completed the signing of Antonio Rudiger from Roma in a deal which is reportedly worth a meaty £34million.

The German international centre-back has agreed a five-year contract at Stamford Bridge, directly replacing John Terry who went a-waltzin’ out of the exit door at the end of last season.

With clubs desperately trying to out-do each other in the ‘quirky player unveiling video’ racket, Chelsea served up this hot piece of nonsense to announce Rudiger’s arrival…

Which name would you get on the back of your @nikefootball Chelsea home shirt today? 👀 #WeAreThePride pic.twitter.com/WKmYxd2x0K

Decent signings both in different regards, but hardly the marquee business being demanded by the Italian coach.

Where’s that new striker coming from?