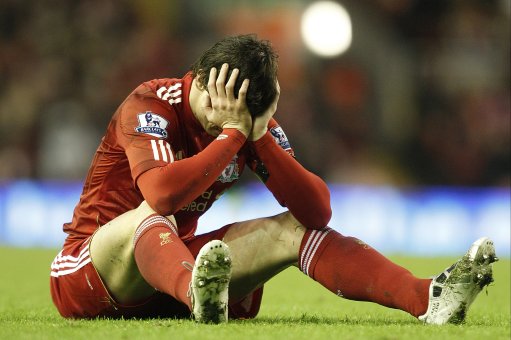 According to those elusive waifs over at the Times, Liverpool have knocked back a £35 million bid from Chelsea for striker Fernando Torres.

The newspaper are claiming that the club contacted them immediately after rebuffing the offer, though no official word has been released by the Anfield PR department as yet.

The salient quotes being carried by the Times, told to them in ‘super secret’ by an anonymous Liverpool spokesman, read thusly:

“Chelsea have made a bid for Fernando which has been turned down, the player is not for sale.”

The same source must have also gotten on the blower to the Sun, as the red-top are also privy to the exclusive quotes – though they reckon the bid was nearer the £40 million mark.

Several other organs are running with the theme this morning, with the Daily Express, Mirror and Independent all fairly certain that Chelsea will eventually get their man…if the Londoners happen to lodge respective £50-, £60- and £70-million bids for Torres over the course of the next few days.

Oh, the January transfer window. How you spoil us with your many-splendored wonders.

UPDATE: And this from LFC’s official website, just to hammer home the point:

“Liverpool Football Club have insisted Fernando Torres is not for sale despite the emergence of a bid from Chelsea.

“When presented with the story by the media on Thursday night, a LFC spokesman dismissed any notion that the Spain international was for sale.

“Chelsea have made a bid for Fernando which has been turned down,” the spokesman said. “The player is not for sale.”