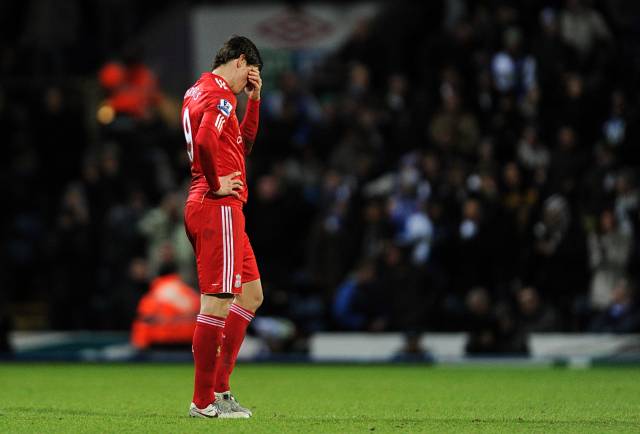 Liverpool have confirmed that striker Fernando Torres made an official transfer request yesterday afternoon (amidst a flurry of concerted interest from Chelsea), and that the club have also turned the request down – telling the Spaniard that they expect him to honour his long-term contract at Anfield:

“Fernando Torres tonight submitted a written transfer request, which has been rejected by Liverpool.

“Fernando is under long-term contract and the club expect him to honour the commitment he made to Liverpool FC and its supporters when he signed the agreement.”

The Sun, the Telegraph and the Independent are all already suggesting that, whilst Liverpool continue to bleat that the ‘player is not for sale’, Chelsea are increasingly confident of getting their man before the transfer window closes on Monday night – and will do so by offering Liverpool a tidy, revised bid of £42.5 million-plus-Daniel Sturridge for his services and a contract that will make him by far-and-away the highest paid player at Stamford Bridge.