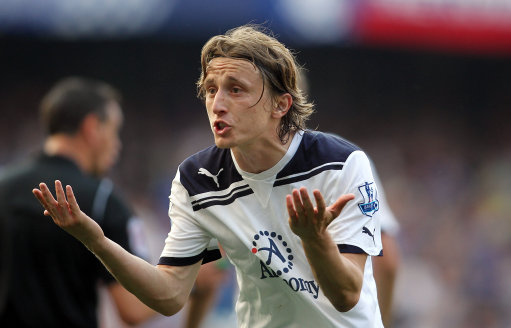 “I don’t think he’ll hand in a transfer request. He will honour his contract” – Luka Modric’s agent, July 7th 2011.

Skip forward to today, July 14th 2011, and the Guardian (among several others) are reporting that Luka Modric has indeed handed in a formal transfer request at Tottenham in a bid to begin forcing through a move to Chelsea.

According to the player himself, he was left with ‘no other option’ than to file a request to leave after Tottenham chairman Daniel Levy reneged on a gentleman’s agreement struck between the pair last summer, pinky-swearing that Modders would be free to leave the Lane if a ‘bigger’ club came in for him this summer.

The bad news for Spurs is that Chelsea, much as they’re probably loathe to admit it, tick that ‘bigger club’ box and have already had two bids rejected for Modric, so it’s not as if the Croatian’s flirting isn’t being reciprocated across the smoky gin joint.

It seems now that the only things standing in the way of the transfer are a couple of frothy ‘he’s a triffic lad, he ain’t going nowhere’ self-denials from ‘Arry in the Spurs Lodge carpark and Roman Abramovich pulling about £35-40 million’s worth of small change from down the back of his settee.