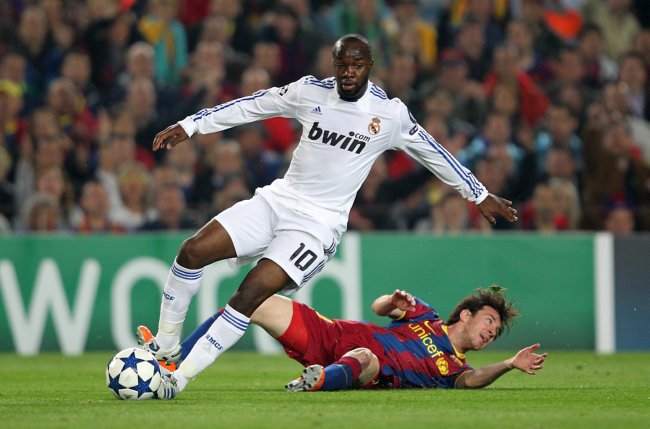 Tottenham are hopeful that a deal for Lassana Diarra will be struck over the weekend, and that the French midfielder could even be available to make his debut for Spurs in their opening game of the season – a trip to Manchester United on Monday evening.

The Sun are reporting that a transfer ‘worth in the region of £6 million moved forward yesterday’ and that the paperwork may well be filed in time for Lass to make his bow at Old Trafford – barring any hiccups, of course.

It is also thought that Diarra’s arrival at White Hart Lane will free up Stoke to close a deal for Wilson Palacios, as most of the groundwork (fee/terms, etc) is already in place.

As for Emmanuel Adebayor, ‘Arry has confirmed that talks with Manchester City over the Togolese target man are ‘progressing along nicely’ and that the switch ‘seems like it will probably happen’ over the course of the next few days.

At least one of the North London clubs have got their arses in gear!