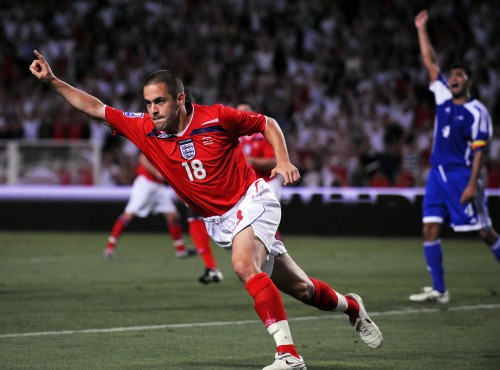 With his disastrous spell at Liverpool now behind him, tricky schemer Joe Cole is looking to kickstart his career with French champions Lille.

Talking to BBC Sport, the 29-year-old is confident he will rediscover his best form across the Channel.

“I’ve won everything in England and had a successful career, ” he said. “”In 10 games I’ll be back playing my best football and I see no reason why I won’t get back in the England team.”

In moving on loan to Lille, the former Hammer follows a rather lean list of English players who have played in France, a list which includes only a few real successes but many, many failures.

Chris Waddle, who remains the last English player to score in the French top tier (in the early nineties) was a massive success with Marseilles while Glenn Hoddle, Mark Hateley and Trevor Steven had impressive spells in Ligue 1. However, at the other end of the scale are the likes of Lee Chapman, Chris Makin and former Arsenal man Chris Kiwomya, who spent an uneventful loan period with Le Harve back in 1997.

So will Cole be seeing Diamond Lights in France, or is it a last throw of the dice which is destined to end in a cross-channel catastrophe?