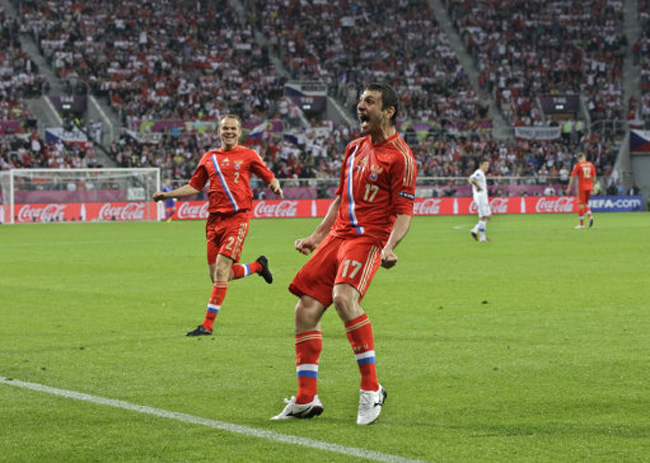 In a flowing, potent performance remiscent of Euro 2008, Russia outplayed a disappointing Czech Republic side in the second game of Group A.

CSKA Moscow’s gifted young playmaker Alan Dzagoev bagged a brace (one in each half) while Roman Shirokov also scored before sub Roman Pavluchenko netted a superb solo goal late on for a rampant Russian side.

The Czech Republic were torn apart time and again, with Andrei Arshavin in superb form for the Russians. Indeed, only for some abysmal finishing from striker Aleksandr Kerzhakov, Dick Advocaat’s side could have won by an even greater margin.

Winger Vaclav Pilar did nab a consolation goal for the Czech side, but captain Tomas Rosicky and co. will need to up their game if they are to make it to the knock-out stages. As for Russia, they could be the surprise side of Euro 2012, just as they were four years ago.