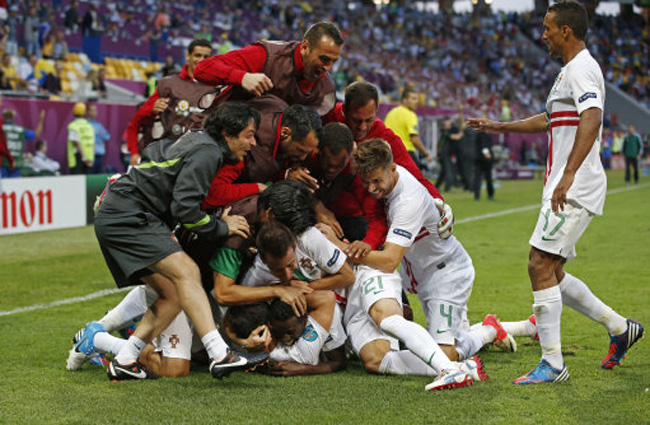 Nicklas Bendtner showed his good side against Portugal on Wednesday night, netting twice, but still ending up on the losing side as Portugal, despite seeing their captain Cristiano Ronaldo fluff some fine chances, dug deep to secure a last-gasp win to keep Group B wide open ahead of the mast match-day.

However, Bendtner’s brace, courtesy of a goal each half, looked to have sealed a vital draw for the Danes. But as the game entered its last few minutes, Porto wideman Silvestre Varela, on as a sub, fired home to secure all three points for Paulo Bento’s side.