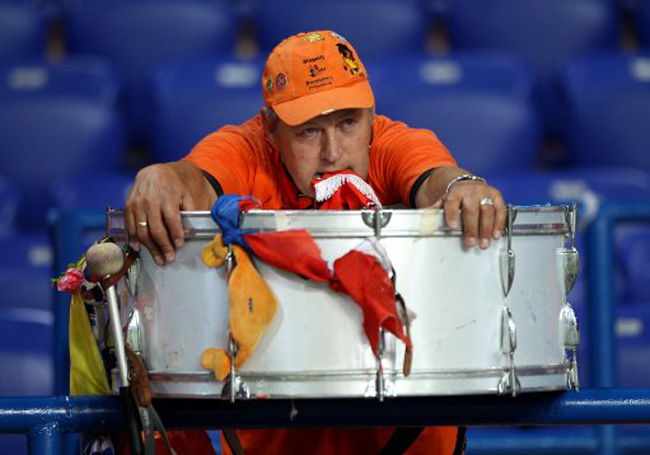 After losing their opening game against Denmark, the Netherlands needed to get some points on the board, albeit against an in-form German side. However, once again, a failure to put away their chances cost the Dutch dear as Germany registered a deserved victory.

Lanky hitman Mario Gomez was the star of the show for the Mannschaft, bagging a superb first-half brace with both goals assisted by Bastian ‘Schweini’ Schweinsteiger. However, early on, the Dutch had chances to open the scoring. However, once again, Robin van Persie looked to have left his shooting boots at the Emirates.

Arjen Robben, undoubtedly a superb talent, was at his most infuriating against the Germans, failing time and time again to release the ball early enough to created a goal-scoring chance for a team-mate.

2-0 down at half-time, Dutch boss Bert van Marwijk sent on Klaas-Jan Huntelaar and Rafa Van der Vaart (as he had done against Denmark), in the hope of getting a foothold back in the game. And eventually, the Dutch did get a goal back, courtesy of a magnificent right-foot strike from Van Persie on 73 minutes.

However, the Germans held on to book their place in the knockout stages. As for the Netherlands, they can still join Germany in the next round, but only if they beat Portugal and Jogi Loew’s side beat Denmark and the goal difference situation goes their way.