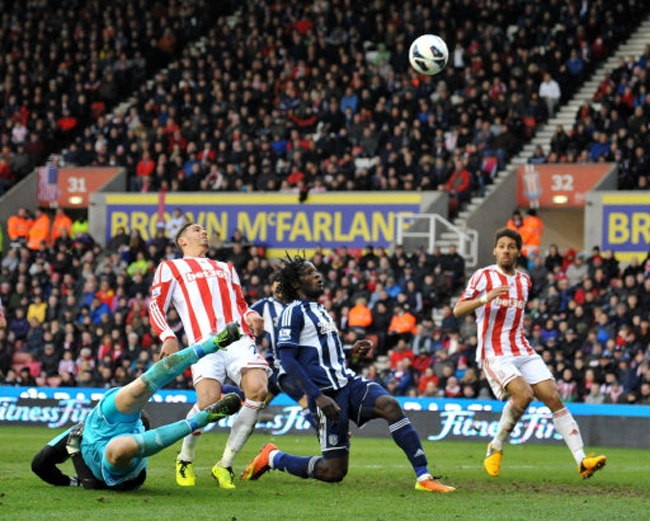 Not much to write home about here, as you can imagine from a 0-0 draw.

For draw-specialists Potters, it was a point which saw them move back into the top 10 after an appalling 2013 so far. For West Brom, well, they stay in eighth spot.

Although it was a rather flaccid clash, both sides did have chances to win it, with in-form Romelu Lukaku heading over the bar and then, at the death, Kenwyne Jones fluffing a great chance. Not much else to say really!