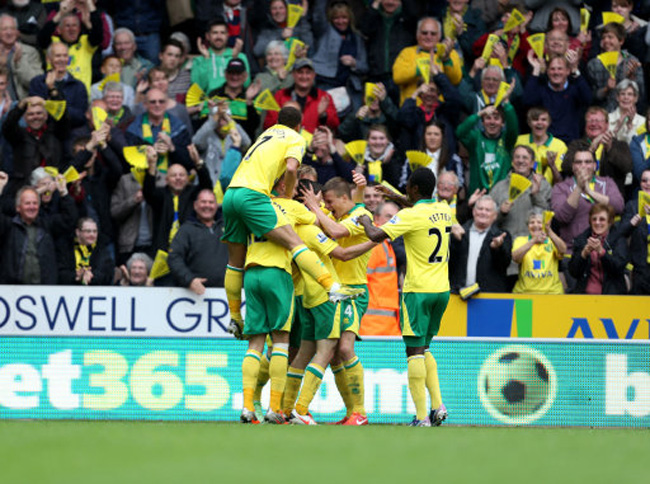 Norwich secured their Premier League status for another season after a thumping 4-0 mauling of West Brom at Carrow Road.

Robert Snodgrass opened the scoring in the first-half against a feeble West Brom side, with second-half goals from Grant Holt, after a right clanger from Ben Foster, Gareth McAuley (OG) and Jonny Howson  (with a superb curling effort) earning the home side a deserved victory against a Baggies side who looked utterly jaded and bereft of a spark.