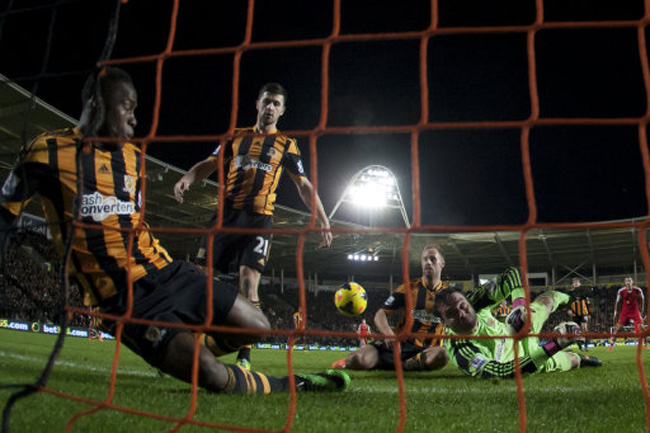 Jose Fonte was the goal-hero for the Saints at the KC Stadium, firing home on 69 minutes to give the visitors a deserved win. Southampton dominated for large periods of the game, although both sides did hit the woodwork. However, Mauricio Pochettino’s side eventually made the breakthrough when Fonte fired home from close-range after a ball into the box. Hull had seen Paul McShane stretchered off early on with a nasty ankle injury, but ultimately the Saints deserved their win which sees them go just two point behind 7th-placed Man Utd. The Tigers, on the other hand, are now just three points above the drop-zone.