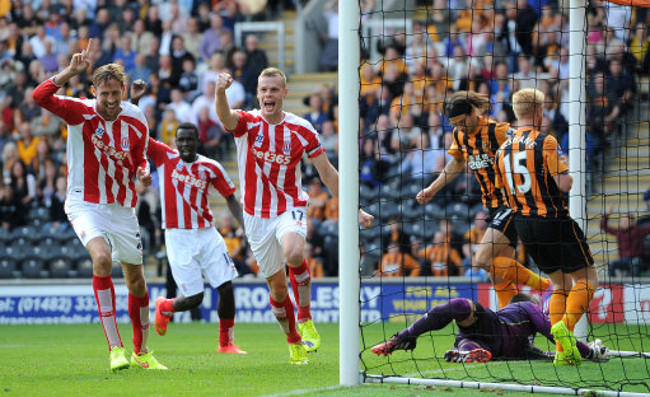 Centre-half Ryan Shawcross rescued a point for Stoke at the KC Stadium on Sunday despite the Potters being a man to the good for most of the game.

Hull’s James Chester saw red after just 14 minutes after a last-man foul on Glenn Whelan but it was the hosts who would take the lead just before the break. Nikica Jelavic was Hull’s goal-hero, netting from close-range after a Tom Huddlestone shot was parried by Asmir Begovic.

Mark Hughes sent on Bojan Krkic before half-time but it was defender Shawcross who would eventually level the scores, when he scored from close-range. That goal proved to be the last of the game, although the fact that the throw-on awarded to Stoke in the build-up should have gone to the Tigers left Steve Bruce and co. rather angry.