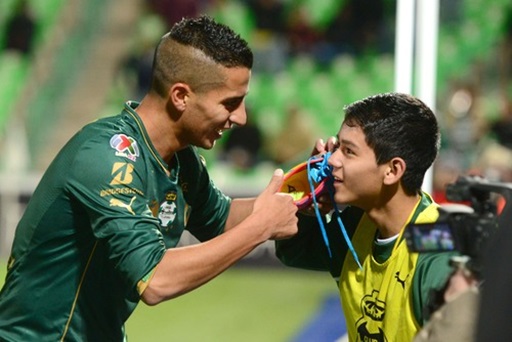 Santos Laguna ran riot against Monterrey in the Mexican top tier on Saturday, bowling their guests over by four goals to one to secure their first win of the nascent Liga MX season.

It was midfielder Diego Gonzalez who got the ball rolling with the opening goal after 22 minutes, a goal he chose to mark by making a quick call on his football boot phone – even roping a confused ball-boy into his celebratory charade for good measure…

Now, we hate to burst Gonzalez’s bubble here, but the bootphone is hardly an original concept, with Veria striker Carlos Costly (Birmingham City fans may or may not remember that name) pioneering the first model way back in January 2013…