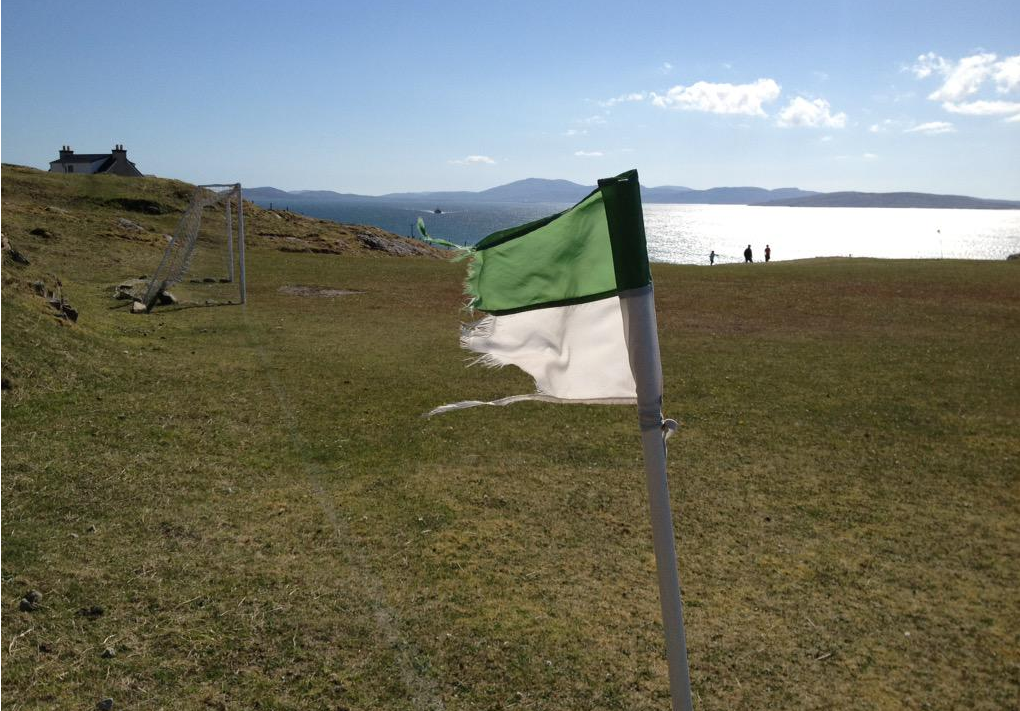 A bumpy, gnarled, undulating, higgledy-piggledy and previously-five-cornered football pitch on a remote Scottish island has been deemed by FIFA to be one of the eight most interesting places to play football in the entire world.

As such, the pitch on the Outer Hebredian isle of Eriskay (population: 150) is set to feature in a documentary that is to be screened at FIFA’s new museum in Zurich when it opens to the public next year.

The pitch is home to Eriskay FC, whose manager Martin Macaulay described the playing surface to BBC Alba as being “well bumpy” and “all over the place”.

“One time we had five corners, now we are down to four corners,” he added.

“It is unique with its views of Eriskay. It is a nice place.”

Tough to argue with that… 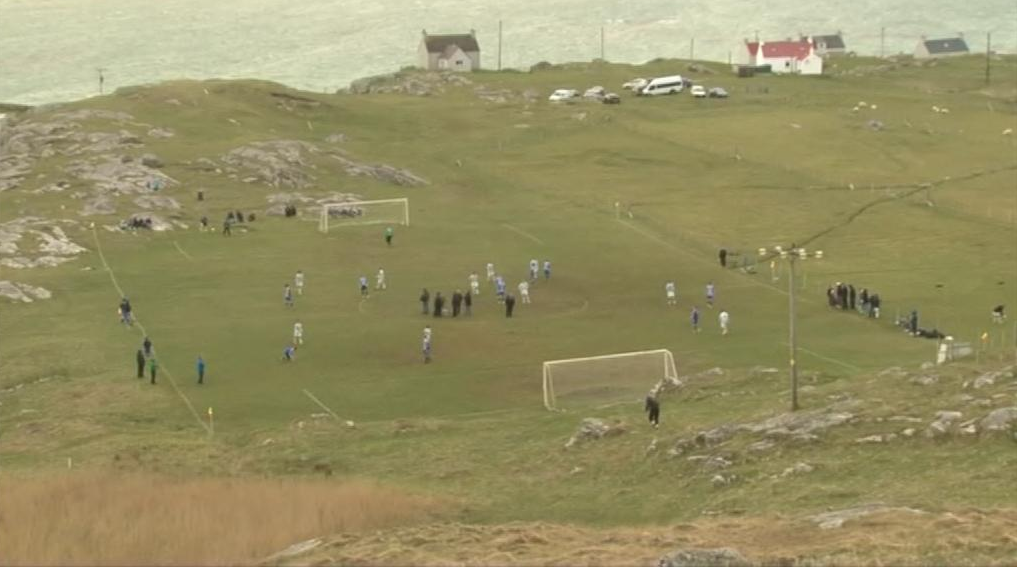 Apparently there also used to be an enormous rock sat right in the middle of the pitch too, but that has since been removed.

FIFA filmed Eriskay FC in action against a team from a neighbouring island, Benbecula Juniors, on Tuesday with excerpts of the game now set to be included in the aforementioned documentary.

We ask you, how great is that?