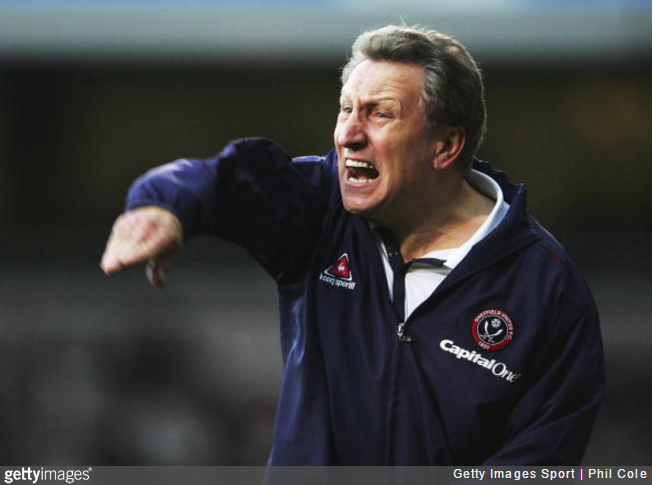 To mark his re-entry into the management pool at Cardiff City, we thought we’d delve into Neil Warnock’s back catalogue.

Specifically, we’re talking about the time he well and truly tore a strip off Chris Morgan and Phil Jagielka after a Championship game against Wolves in November of 2004.

If we’ve pinpointed the correct match then Joleon Lescott had just bundled in a late equaliser to rescue a 3-3 draw for Wolves at the death.

Suffice it to say, Warnock was not best pleased with the marking of his central defenders, the aforementioned Messrs Morgan and Jagielka, and proceeded to demonstrate as much as he embarked on an irate dressing room postmortem.

Beware: For those of a nervous disposition, the following clip is almost entirely comprised of loud and angry expletives…

It’s a good time to remind ourselves of the time Neil Warnock had it out with Chris Morgan and Phil Jagielka. pic.twitter.com/CEkygMEmaz

Love him or, more likely, loathe him, there are few managers capable of delivering a more venomous dressing room barrage than Warnock.

If you fancy delving a little deeper into his oeuvre then here’s another fine example of his early work.