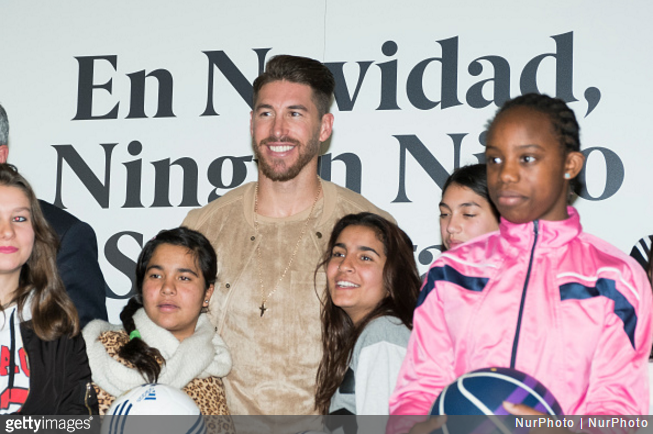 The El Clasico divide runs deep – so deep, in fact, that it apparently cannot even be temporarily suspended in the name of charity.

Sergio Ramos and Marcelo turned out for the Real Madrid Foundation’s annual function, during which they mingled with just a smattering of the underprivileged kids the organisation was set up to support.

However, one of the youngsters steadfastly refused to play ball… literally.

According to French site Football.fr, there is a suspicion that the young lad is a staunch Barcelona fan and therefore wasn’t too chuffed about having his photo taken alongside a couple of Real Madrid stalwarts.

Praise be to Google Translate for this poetic little snippet:

The child sumptuously snubbed the two defenders of the meringue society, despite all their efforts.

You’ve got to hand it to the boy – he resolutely stuck to his guns, even in the face of some prolonged ear-fiddling…