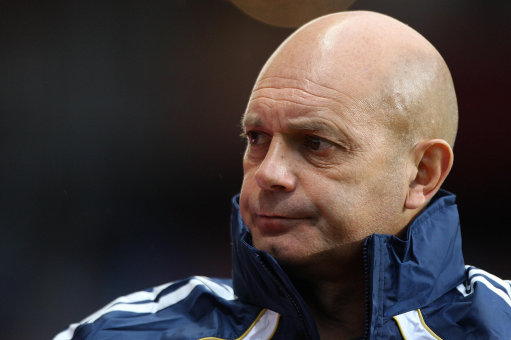 Former QPR and Fulham boss Ray ‘Razor’/’Butch’ Wilkins is in line for a return to management courtesy of the empty hot-seat at the Hawthorns.

The former Chelsea, Man Utd and Milan midfielder has been in talks with West Brom over the job, although there remain a number of other strong contenders for the job. Former Chelsea boss Claudio Ranieri has also spoken to the Baggies’ top brass while Birmingham City manager Chris Hughton is also thought to be in the frame for the position left vacant by Roy Hodgson.

Wilkins, who has also had temporary spells in charge at Stamford Bridge, is currently the subject of court proceedings over a drink driving offence. The ‘Stay On Your Feet’ star was arrested in his car earlier this month ear his Cobham home and is accused of being way over the alcohol limit. Wilkins will discover his fate when he is tried in August.

So, Baggies’ fans, would Wilkins be a good appointment? Or is Chris Hughton the man for the job? Tell me! I don’t bloody know!