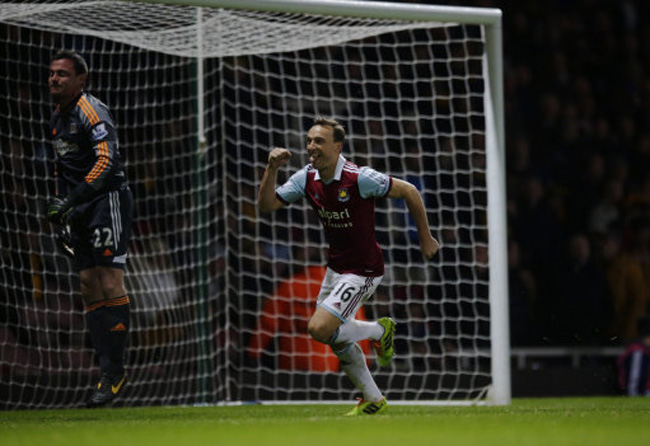 West Ham’s fans may have booed their side at the end of an eventful game at the Boleyn Ground, but the three points gained on the night by the home side sees them a comfortable nine points above the drop-zone.

Mark Noble opened the scoring courtesy of a spot-kick after Allan McGregor had been sent off for bringing down Mo Diamé in the Hull box but despite having an extra man, the Hammers struggled for the rest of the first period.

After, a Nikica Jelavic deflected effort put the Tigers back on level terms before a dreadful own-goal from James Chester ultimately gave the home side the win. However, it was the rather uninspiring performance of the Hammers overall which left the home supporters less than impressed.