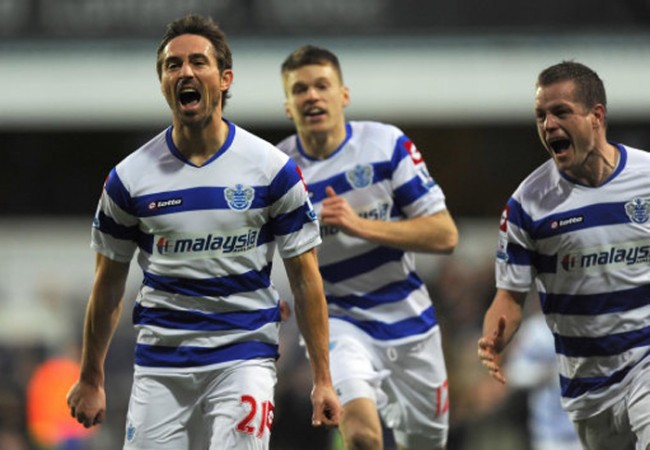 After seeing his side produce an impressive performance against Wigan at Loftus Road on Saturday afternoon, new QPR boss Mark Hughes surely wouldn’t have cared what his players were Tweeting about.

Veteran striker Heidar Helguson opened the scoring for the home side on the half-hour mark, scoring from the penalty spot after James McCarthy handled in the Wigan box. Hungarian midfielder Akos Buzsaky then made it two on the stroke of half-time, courtesy of a superbly struck free-kick

Wigan struggled to get a handle on the game, but the Latics did get themsleves back into the match courtesy of another super free-kick, this time fired home by Hugo Rodallega. However, sub Tommy Smith would eventually seal the win for the home side, netting on 81 minutes to help condemn Roberto Martinez’s side to yet another defeat.

While Rangers’ boss Hughes can celebrate his first league win since moving to Loftus Road, Wigan’s hopes of escaping the drop-zone are looking increasingly doomed.