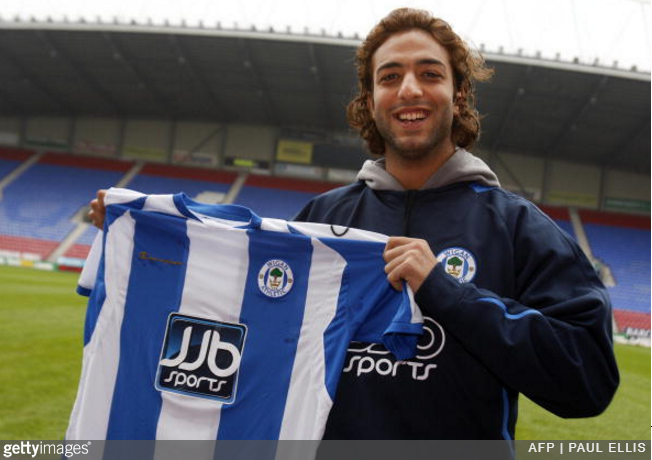 To brand Mido’s loan stint at Wigan in the latter half of the 2008/09 season as ‘largely featureless’ and ’eminently forgettable’ is to do it a major disservice.

After all, the Egyptian striker scored on his debut (a penalty in a 1-1 draw against Liverpool) and then went on to ripple the net again against Arsenal (the consolation in a 4-1 hammering), eventually ending the six-month deal with a whopping two goals to his name in the space of 12 appearances before going AWOL.

It was also during his fleeting dalliance with the Latics that Mido managed to write himself into footballing pop culture too, with what must surely rank as one of – if not the worst attempt at the ‘Crossbar Challenge’ ever captured on film…

Just to clear up any confusion, the ‘Crossbar Challenge’ was a segment on Soccer AM in which professional footballers were tasked with hitting the crossbar (not the car park) from the half-way line.

Stunning, in the most tenuous sense of the word possible.