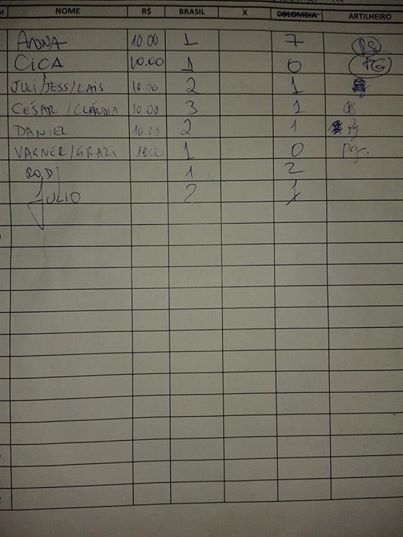 A Brazilian artist by the name of Anna Guerra found herself being mercilessly mocked by her work colleagues on Monday when she entered the office score prediction sweepstake for the Germany-Brazil semi-final by predicting a ridiculous 7-1 tonking for the hosts.

However, she then had the last laugh when Brazil went and had their botties spanked red raw in Belo Horizonte.

Speaking to Brazilian newspaper Lance, Guerra admitted that rather than studying form, she simply opted for the heavy scoreline after being told to by her sleep-walking husband the previous night.

Sadly for Anna, her bold predicition didn’t really pay off as she only recouped around £55 from a £2.50 stake – though the silencing of her co-workers’ guffawing hopefully made up the shortfall in winnings!

The lesson? Like Quasimodo, you should always back your hunch.