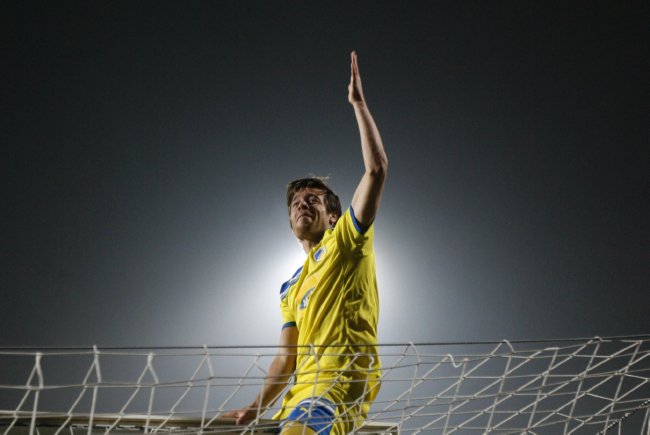 The Chaaaaaaaaaaaaaaaaaaaaaaaaaampions!!! League gets back under way tonight, with the first-legs of the quarter-finals all due to be played out over the course of the next two nights. We thought we’d have a little shufty at proceedings and make a few bold predictions.

Of course, the stand out fixture for the neutrally-inclined will be Real Madrid’s visit to APOEL, the Cypriot tiddlers who have already shunted seasoned campaigners like Zenit, Shakhtar, Porto and Lyon from the competition. We’d all love it, love it if the Nicosians rolled Real over on their own patch, but one imagines you could get some pretty long odds (from Victor Chandler and the like) on Aθλητικός Ποδοσφαιρικός Όμιλος Eλλήνων Λευκωσίας repeating their heroics against the Mourinho-helmed juggernaut- especially if they’ve had their pre-match pizza party.

To be honest, APOEL vs Real Madrid is the footballing equivalent of a heavyweight pugilist holding a ‘member of the little person community’ at arm’s length while they swing wildly for the crotch…

Chelsea or, moreover, Didier Drogba has incurred the wrath of Benfica coach Jorge Jesus (didn’t they do ‘International Bright Young Thing’?) after a video of him hamming it up and feigning terror after Chelsea were drawn with Benfica in the Champions League quarters was posted on the club’s official website.

“Any responses we’ll be giving to Drogba will be on the field and proving we are better than him,” grimaced Jesus, though David Luiz was at pains to explain that Drog was actual wibbling about the potential semi-final against Barcelona:

Luiz, in his role as international diplomat, translator and vice-president of the Male Hair-Crimping Alliance (MHCA), said:

“If people watch the video closely, it’s not directed at Benfica. Didier was talking about Barcelona because Barcelona are a very, very big team.

“Chelsea know how Benfica reached this far. They’re a strong team. Drogba’s character wouldn’t allow him to disrespect another team.”

Anyway, the match. If Chelsea play with the same gumption that propelled them through that second-leg against Napoli they’ll be fine, but it’ll be hard/impossible to replicate in an entirely different, hostile atmosphere in Lisbon. Benfica are not to be taken lightly, possessing as they do a clutch of match-winners amidst their number… 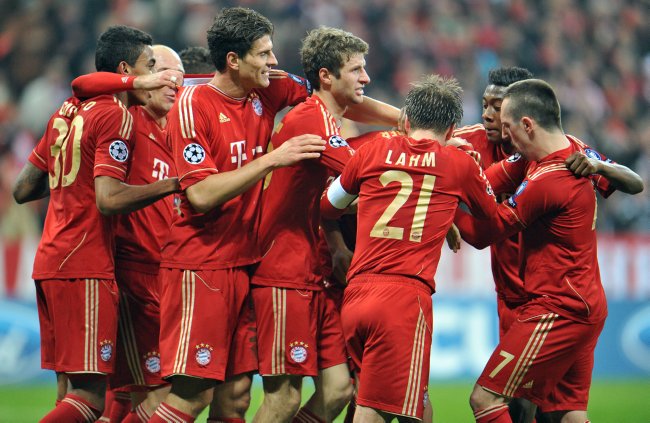 As for the second pair of first-leg ties, let’s whip through them. Tomorrow we’ll see Marseille square-off against the much-fancied Bayern Munich – which we can only see going one way.

Granted, the only live exposure we’ve had to Marseille this season was that plodding, mind-numbingly drudgerous Round of 16 first-leg against Inter Milan in the Stade Velodrome, but you’ve just got to fancy Munich – flushed with goals, in rare form and coming into the game on the back of their utter disembowelling of Basel in the previous round…

Last, but by no means least we have the stellar tie between AC Milan and Barcelona (recently labelled as ‘SUPER FAVOURITES’ to win the whole shebang by Arsene Wenger) at the San Siro. Gleaming talent on show, clash of the titans, record breaking Messi, Ibra so good he only refers to himself in the third person, unstoppable Barca, resurgent Milan, hype hype, blah bluff bluff blah blah, etc, etc.

It’s going to be infinitely drab, isn’t it?