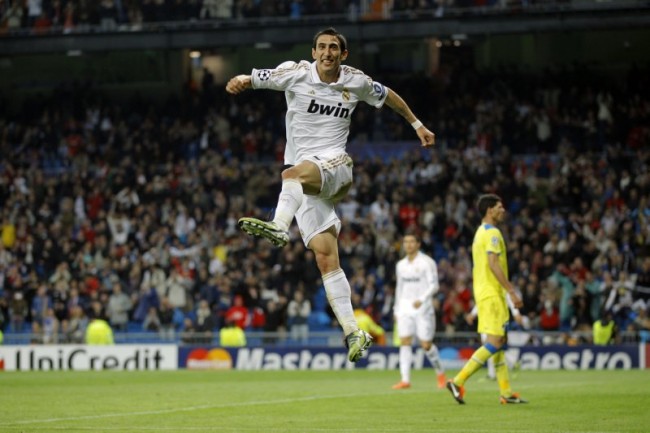 APOEL’s heroic Champions League run came to it’s inevitable conclusion in the Bernabeu last night, with Real Madrid adding to their comfortable 3-0 first-leg tally by blitzing their Cypriot opponents on their own patch with a five-goal flurry – several of which were bordering on indecently beautiful.

Cristiano Ronaldo scored his 48th and 49th goal of the season (the second of which being a fantastic thumping ‘Tomahawk’ free-kick) – with a sumptuous curler from Kaka, a near-post tuck-in from Jose Callejon and an opportunistic, superbly executed lob from Angel Di Maria four minutes from time padding out the scoreline.

APOEL managed a couple on the night, with Gustavo Manduca and Esteban Solari (pen) scoring goals against Madrid which they’ll probably never allow anyone to forget about.

Next up for Real, Bayern Munich.