Dwindling viewing figures have reportedly prompted BT Sport to take radical action in a desperate bid to give their Champions League coverage a much-need shot in the arm.

According to the Daily Mail, BT Sport are seriously considering streaming their exclusive coverage of the Champions League Final live on Youtube to help inflate their numbers. What a time to be alive, eh?

The game will also be broadcast on BT’s massively under-advertised Freeview channel, Showcase*, which BT themselves assure us is to ensure the coverage reaches the widest possible audience.

A statement from the company reads thus:

We said at the launch that we wanted to make the UEFA Champions League final available for everybody to watch, so any decision on where it is broadcast live in the UK will be made by BT.

While it’s perhaps natural that BT should suffer a few teething problems in the first season of their ridiculous £897million contract, we can’t help but feel like the product on offer just isn’t connecting. The whole shebang just seems a little off.

Maybe we’re being a tad glib here, but we can’t help but feel that BT’s first big mistake was hiring to their talent pool an inordinately high number of people you wouldn’t actually want to watch football with. 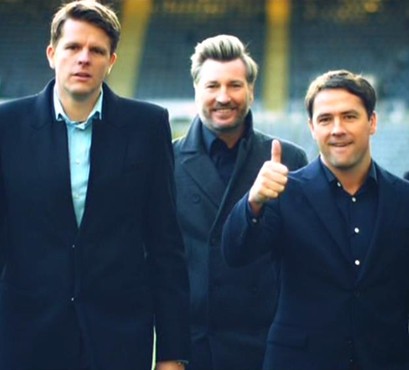 (*You’d be forgiven for having never heard of it, but Showcase – it’s somewhere up around the Russian news channels and Gem TV – is used to show several of the more ‘unattractive’ European games – i.e, the ones not involving English teams – on a sporadic, but free-to-air basis.)