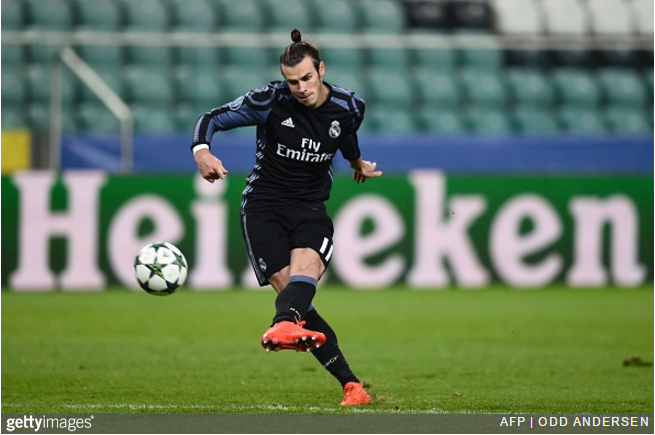 It took only 57 seconds for Real Madrid to open the scoring during their Champions League clash away to Legia Warsaw.

However, the Spanish giants wouldn’t have it all their own way in a cracking six-goal clash.

Played in am empty stadium due to previous crowd trouble from the Polish fans, Bale kicked off a thrilling encounter with an exquisite volley which thundered into the top corner…

That was the second quickest goal this season, after Edinson Cavani’s striker for PSG against Arsenal, while it was also Real’s quickest ever in the Champions League.

Karim Benzema made it 2-0 to the visitors on 35 minutes. But a goal from Vadis Odjidja-Ofoe just before the break kick-started an almighty comeback from the Polish side.

Miroslav Radovic drew his side level before a cracking Thibault Moulin effort put Legia ahead.

That was before a late equaliser from Mateo Kovacic saved Real from an embarrassing defeat in what was a cracking game, despite the lack of any atmosphere.