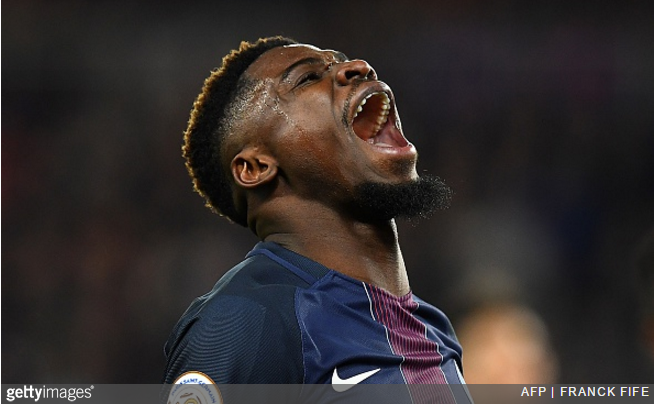 PSG will have to do without Serge Aurier for Wednesday night’s Champions League clash with Arsenal after the right-back was refused entry into the UK.

According to BBC Sport, Aurier will be forced to miss the game at the Emirates after having his entry VISA revoked by UK authorities.

This is because the 23-year-old Ivory Coast international was given a two-month suspended prison sentence in September for elbowing a police officer outside a nightclub back in May.

Given, that Aurier’s sentence is currently being appealed, PSG argued that the UK should consider the ruling itself suspended until the process is complete.

The Ligue 1 have issued a statement on the matter and it’s safe to say they’re not happy:

Paris St-Germain is stunned by this incomprehensible situation that attacks the very integrity of the UEFA Champions League.

[We strongly regret] that the presumption of innocence has not influenced Britain’s decision.

That’s bloody Brexit for you.