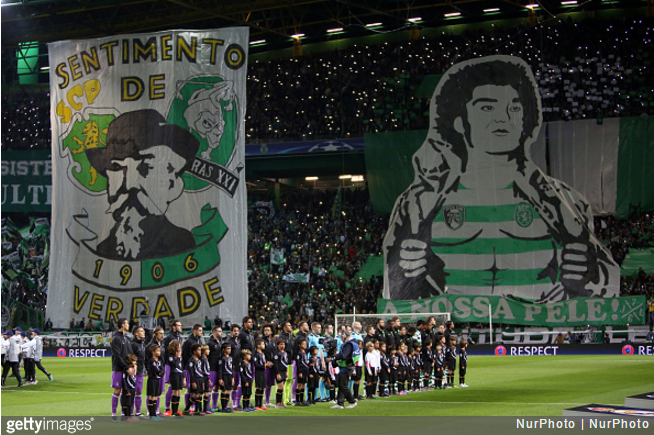 One of the Scottish officials on duty in the Champions League  this week may end up losing his day job after ducking out to attend the game between Sporting Lisbon and Real Madrid.

Douglas Ross, a Member of Scottish Parliament with the Conservatives, has received calls to be sacked after missing an important parliamentary committee meeting in order to run the line at the Jose Alvalade Stadium on Tuesday night.

According to the Daily Record, Ross is a justice spokesman for the Tories so it was seen as something of a slight when he ditched a justice committee meeting to work the match in Lisbon.

Tory MSP Douglas Ross missed Holyrood’s justice committee on Tuesday because he was running the line at the Sporting Lisbon versus Real Madrid game in Portugal.

Ross, who has a dual role as a Moray councillor, also missed a meeting of the local authority’s policy and resource committee to be the assistant referee at the Champions League tie.

Alas, it would appear that this isn’t the first time Ross has prioritised his footballing duties over his parliamentary ones.

Indeed, Scottish National Party member Ben Macpherson is among those leading the call for him to be removed from his political post.

Last time the whistle was blown on one of his refereeing junkets the Tories claimed it was just a ‘one off’. But he’s at it again – and this time it should be a straight red card.

Obviously he values his £40,000-a-year weekend job – and all-expenses paid trips to Lisbon and other European cities – more than his responsibilities as an MSP and local councillor, demonstrating complete contempt for the people who elected him.

If Douglas Ross can’t pitch up to do his job, it’s time for relegation – he should either take a step back from refereeing or stand down from Holyrood’s justice committee with immediate effect, and (Scottish Tory leader) Ruth Davidson should give him the boot from her front-bench team.

In fact, we’re very tempted to dust off Camp Drog for the occasion.