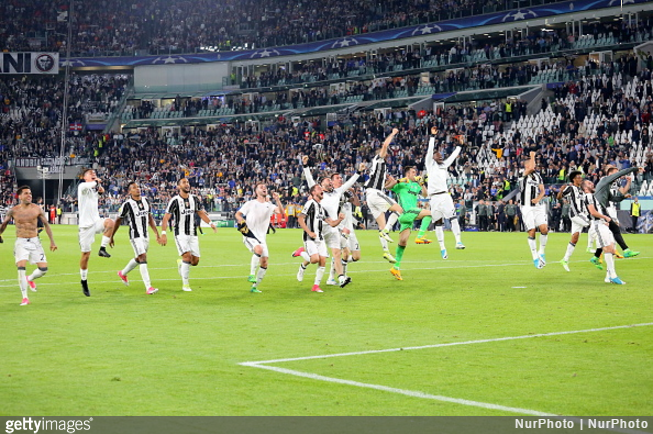 Already leading 2-0 from the first leg, Juve were as well marshalled as you’d expect as they nullified and eventually quashed Monaco’s ever-present threat.

Mario Mandzukic opened the scoring in the 33rd minute, sneaking in at the far post to steer Dani Alves’ cross past Danijel Subasic at the second attempt…

Then, a couple of minutes before half-time, Alves found himself under a high punched clearance from Subasic on the edge of the box – the Brazilian right-back promptly sending the ball back goal-wards with added interest…

Alves’ spectacular volley left Monaco needing to score four goals in the second half against a goalkeeper in Gianluigi Buffon who hadn’t conceded in the previous 10 hours of Champions League football he’d played.

Dani Alves to play the 14th European Final since 2006, that’s more than any club in Europe (Barcelona 12) via @FonsiLoaiza https://t.co/NCDwpOBzjw

However, munchkin of the moment Kylian Mbappe did bring Buffon’s phenomenally spotless record to an unceremonious end in the 69th-minute when he poked in a consolation from close range…

However, that was about it for the Ligue 1 side, who toiled in vain against a truly gold standard defence.

And lo, 2-1 it finished on the night, with Juve advancing into the final courtesy of a 4-1 overall aggregate victory.

Speaking after the match, 39-year-old Buffon was in typically effusive mood:

Two years ago everyone thought it was my last final – but you have to believe in your dreams.

That’s how we got through. We’ve got to Cardiff – I won’t say it was our aim because getting to the final means nothing.

I’m really happy because I’m in good shape. I can’t deny the fact that if we didn’t have a great team, getting there wouldn’t be possible.

Buffon running to celebrate with Juve fans by himself after everyone had gone in. #legend pic.twitter.com/uka1dEwR8D

Honestly, we don’t really care who wins the Champions League this years, as long as it’s Gianluigi Buffon!