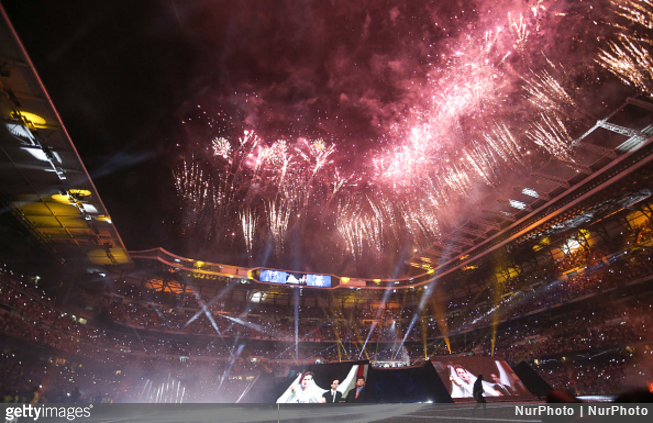 After becoming the first club to retain the Champions League trophy in the post-’92 era, Real Madrid went ahead and laid it on thick with their celebrations.

Indeed, the club staged a ‘Duodecima homecoming’ for fans at the Bernabeu on Sunday night, with upwards of 80,000 people flocking to the stadium to herald their returning victors.

As always with Los Blancos, the staging was totally bombastic, with fireworks, lasers, music, light shows, big screens and players emerging one-by-one from the tunnel like WWE wrestlers.

Some (as in, Cristiano Ronaldo) even had their own little choreographed entrances to run through…

They really don’t do things by halves at Real.