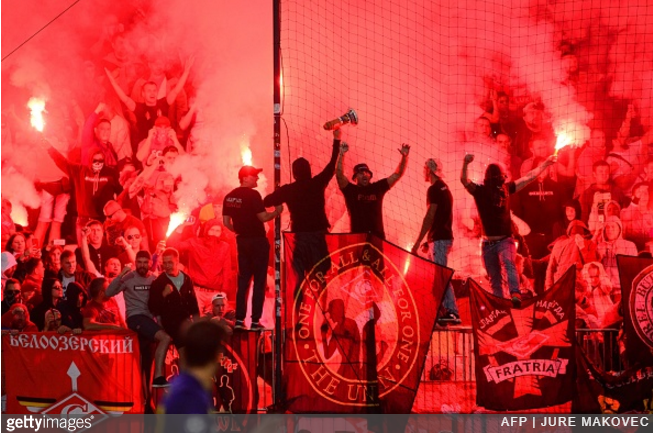 Spartak Moscow can probably expect a letter from UEFA waiting on their doormat when they get home tomorrow morning after fans of the Russian club threw themselves a pyro party in the away end of NK Maribor’s People’s Garden stadium.

Indeed, at one point a flare gun was aimed and fired directly into the middle of the pitch, narrowly missing several players and the referee…

Spartak Moscow fans decided to aim a flare gun at the ref tonight in the game against Maribor pic.twitter.com/k9q21ZOgtm

Jesus wept, what is wrong with these people?  That thing could have hit anybody. In fact, it was only sheer dumb luck that it didn’t do any real damage.

Of course, Spartak will receive a nominal fine, maybe ordered to play a couple of games behind closed doors and these morons will pick up exactly where they left off as soon as they’re allowed back in.