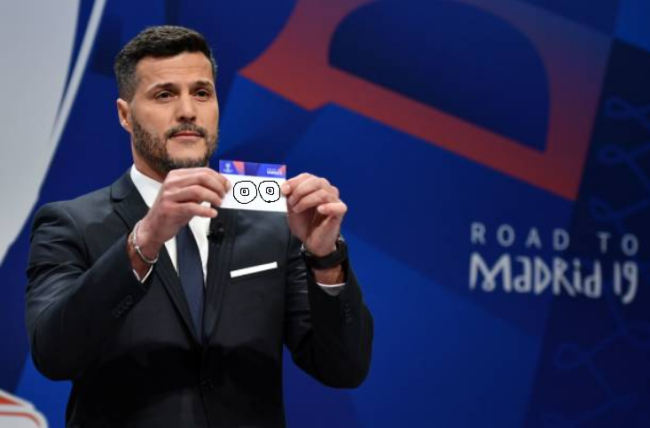 UEFA’s balls of expectation have been plucked from the bowls of fate and formally laid to rest within the welcoming bosom of the plastic egg-box of mercy – the draw for the Champions League quarter-finals is now complete.

Liverpool have been afforded the lightest obstacle betwixt themselves and a place in the semis: a two-legger against Porto.

Man City and Tottenham will face off in an all-Premier League battle to grim death whereas Manchester United face an unenviable couple of games against Barcelona.

As predictions go, we reckon the Solskjaer bubble is primed to burst as Barca hammer four/five/six past United home and away.

Liverpool go through with a couple of low-scoring wins (perhaps a draw in the away leg) and City will make heavy weather of it but sneak through at Spurs’ expense.

Fuelled by a veinous Cristiano Ronaldo and his self-absorbed quest for Champions League glory, Juve will probably make mincemeat of Ajax over two legs, too.

What do you reckon, Pies fans? Care to stick your necks out…