Scottish giants out of Europe already 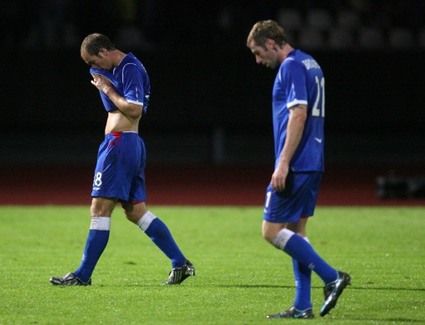 Rangers slumped to a dismal 2-1 defeat at FBK Kaunas, meaning their European campaign is over in August – there is no drop into the Uefa Cup to fall back on.
Honestly, if you can’t beat a mediocre team from Lithuania at home, you don’t deserve anything – thing is, Walter Smith doesn’t seem to mind 0-0 draws at home, shamefully. But Smith’s team once again proved themselves to be one of the most dour, pragmatic, negative sides in Europe, and I for one have little sympathy for them.
Watch the killer blow below: