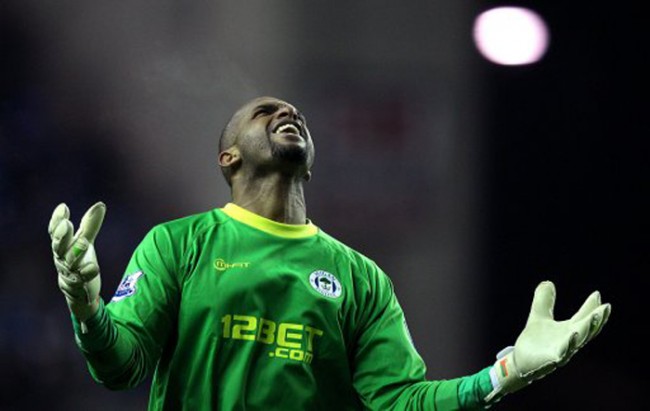 After excellent wins against Valencia in the Champions League and Manchester City in the Premier League, Chelsea were brought back down to earth with a bump at the DW Stadium against a Wigan side who fully deserved a share of the points.

Wigan arguably should have had a penalty in the first half after Branislav Ivanovic looked to have handled the ball inside the box after a Victor Moses shot, however, the first goal of the game didn’t come until the hour mark, courtesy of Daniel Sturridge. The former Manchester City man is starting to look every inch the England striker, and he put the visitors ahead with a fine strike after good work from Ashley Cole.

With just under 20 minutes to go, Wigan boss Roberto Martinez made a double substitution, bringing on strikers Franco Di Santo and Hugo Rodallega, and the Spaniards’ positivity was eventually rewarded late on. With only two minutes of normal time left, Chelsea ‘keeper Peter Cech could only parry Rodallega’s effort straight into the path of Jordi Gomez who fired home to level the scores.

The result sees the Latics just a point from safety, while Andre Villas-Boas and his Chelsea team missed a chance to make any substantial inroads into Manchester City’s lead at the top.