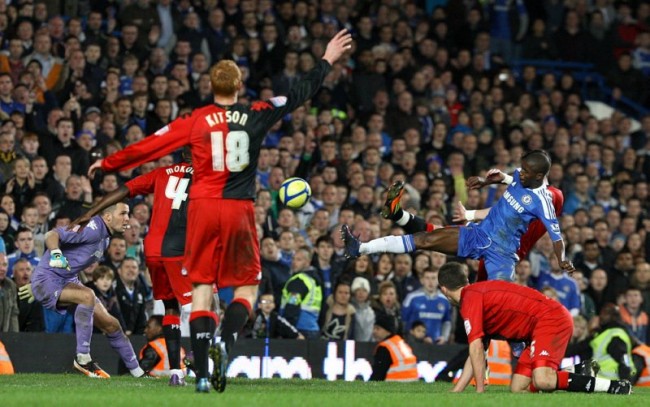 A flurry of late goals saw Chelsea rack up an impressive scoreline against Championship paupers Portsmouth at Stamford Bridge, with Juan Mata sticking away Florent Malouda’s cut-back just after half-time before Ramires (85th and 87th minutes) and Frank Lampard (93rd) padded out the rout as the clock dwindled down to nowt.

By all accounts, Nando played well again for the 88 minutes he was on the pitch – fighting, milling, linking, creating – just not scoring. His season in microcosm.

As an afterthought, just how impressive-a-season is Ramires having this time out? Given his incredible physical exertion and impeccable current form, he’s almost indispensable to AVB, no?

Chelsea will now play QPR in the fourth round (should the R’s squeeze past the MK Dons in the replay), which *ahem*JohnTerryAntonFerdinand*ahem* should be a splendid game of football.

You’l have to venture this way for the highlights I’m afraid. The bleeders won’t let us embed.