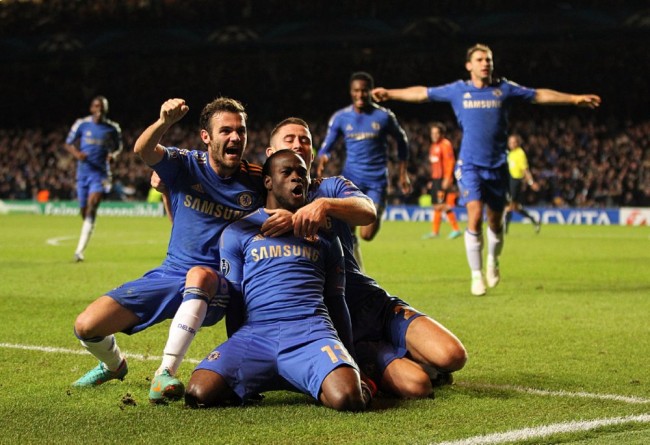 A late goal from sub Victor Moses gave Chelsea a massively important yet hardly deserved 3-2 win against a superb Shakhtar Donetsk side at Stamford Bridge.

The Ukrainians were the better side for much of this Group E clash, but some dodgy distribution from ‘keeper Andriy Pyatov gifted the home side two goals, for Fernando Torres on six minutes and for Oscar on 40.

The superb Willian, ably assisted by fellow Brazilian (and man of the match) Fernandinho, did his best to make up for his goalkeeper’s failing, bagging a brace (on nine and 47 minutes) but as the game entered its final stages, Chelsea started to assert their home advantage and were eventually rewarded when ex-Latic Moses nodded home a Juan Mata corner to secure all three points for Roberto Di Matteo and co.

That win sees the Blues go level on points at the top of Group E with Shakhtar, but just a point ahead of Juventus, who Chelsea play (away) next in the competition.