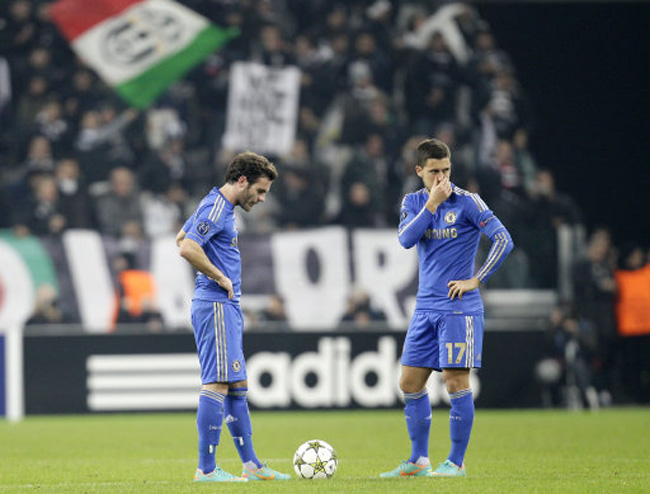 Without wise old heads such as Frankie Lamps, John Terry and the departed Didier Drogba, Chelsea’s new generation of superstars were comprehensively beaten by a far superior Juventus side in Turin.

With Roberto Di Matteo opting to go with no traditional striker, instead having Oscar, Eden Hazard and Juan Mata rotating across the front, the Blues started well, with Hazard going close early on. However, when Fabio Quagliarella deflected Andrea Pirlo’s shot past a rather slow Petr Cech on 38 minutes, it seemed to knock the wind out of Chelsea’s sails.

To be fair, Juve could have won by five or six, only for wayward finishing to keep the score down.

The result sees the Blues third in Group E, two points behind Juve and three behind Shakhtar. A win against Danish side Nordsjaelland in the last game of the group stage for Chelsea along with a win for Shakhtar against Juventus should still see the west Londoners go through.  However, it is now out of the European Champions’ hands.