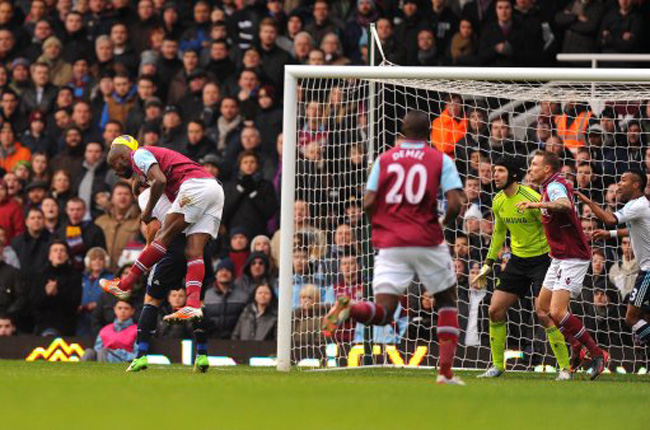 Jaysus, poor old Rafa’s Chelsea career ain’t going according to plan, is it? With a couple of goalless draws under his elasticated belt, the Spaniard saw his bejewelled side go down 3-1 away to West Ham on Saturday.

Despite taking the lead after just 13 minutes, courtesy of Juan Mata, the Blues failed to build on their lead in the first-half, despite fashioning a number of chances to kill off the game. And then, after the break, the comeback kicked into gear for the home side, with Carlton Cole levelling the scores on the hour mark, before late strikes from Mohamed Diamé and Mobido Maiga secured a famous win for the Hammers.

A tale of two halves for Benitez and co, the result sees the Blues 10 points behind league-leaders Man Utd, with Roman Abramovich’s decision to sack Roberto Di Matteo and replace him with Benitez yet to reap any dividends.

West Ham, on the other hand, go eighth, as their first season back in the top tier continues to go rather swimmingly.