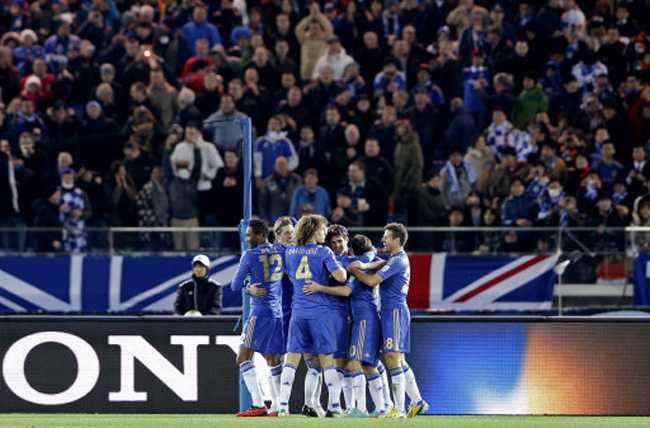 He may have lost a lot of his pace, but Fernando Torres is slowly rediscovering some of his better form under new Chelsea boss Rafa Benitez. Against Mexican side Monterrey in Yokohama, the Spaniard netted one of the Blues’ goals in their 3-1 victory and had a major hand in another.

There will always be something slightly dubious about the FIFA Club World Cup, with vast chasms between the quality of most of the sides and the European and South American teams. And in their clash with Monterrey, European champions Chelsea were rarely troubled by the Mexicans.

The decision to start David Luiz in a central midfield berth was also a clever move by Bentiez, with the Brazilian far better suited to a position where he can push forward when the urge takes him and where he can display his superb passing range.

Juan Mata opened the scoring on 17 minutes before Torres doubled the west Londoners’ advantage on 46 minutes, courtesy of a deflected effort. Two minutes later, the former Liverpool striker was  instrumental in the Blues’ third goal of the game, whipping in a superb cross with the outside of his right foot, before Marvin Chavez put through his own net after Mata had squared the ball.

Aldo De Nigris did get a consolation goal for the Mexicans at the death, but overall, it was a well-deserved win for the Premier League side, who will now face Brazilians Corinthians in the final on Sunday.