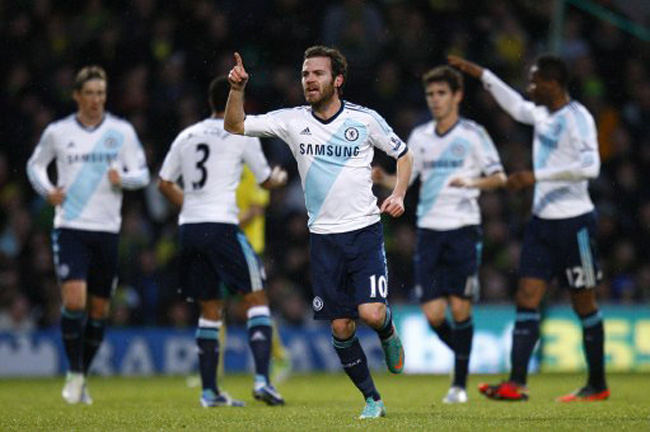 Chelsea didn’t quite reach of the goal-filled heights of their recent 8-0 drubbing of Aston Villa, but in battling hard for a 1-0 win away at Norwich they showed spirit which will no doubt have impressed manager Rafa Benitez.

The superb Juan Mata netted the only goal of the came, a fantastic effort long-range effort on 38 minutes although for long spells in the game, the home side’s defence ably kept the Blues’ attack at bay. As for threatening Petr Cech’s goal, Norwich struggled to provide any kind of potent threat, with a late effort from centre-half Sebastien Bassong headed over the bar.

The result sees the Blues move thrid, 11 points behind leaders Manchester United. Chris Hughton’s Norwich, on the other hand, find themselves in 11th.