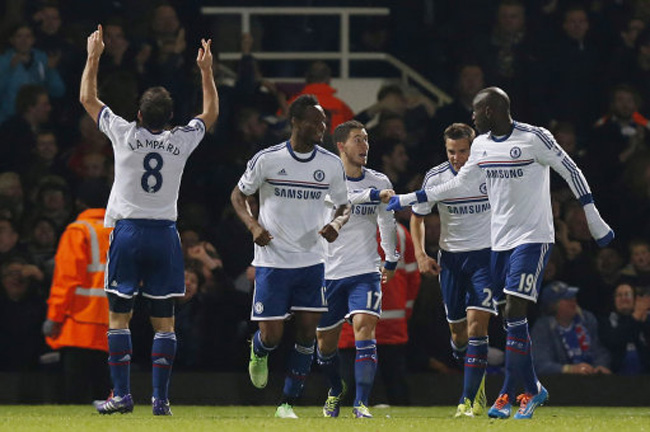 Chelsea kept the pressure on leaders Arsenal with a convincing 3-0 win way at West Ham.

The evergreen Frank Lampard bagged a brace against his old club, the first coming from the penalty spot in the first-half (after Jussi Jaaskelainen had felled Oscar) and the second on 82 minutes courtesy of a fine finish.

Sandwiched between those Frankie Lamps’ goals was a goal from Oscar as the Blues totally dominated against a West Ham side playing without a recognised striker. The home side struggled int he first period but did improve after the break, with sub Modibo Maiga going close but overall it was a well-deserved win for the Blues, who are now four points behind table-toppers Arsenal.