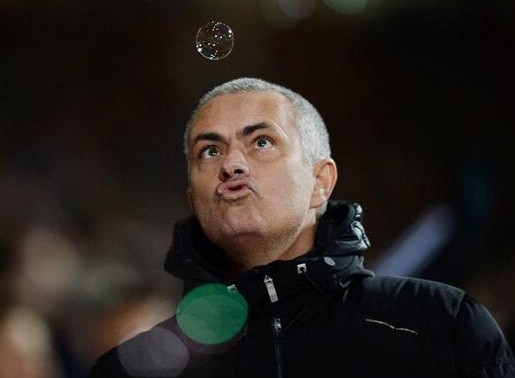 Forget Wes Brown’s horrific perfectly legal horror lunge, City’s thrashing of Tottenham or Artur Boruc’s twinkle toes; the big story in the Premier League this weekend was Jose Mourinho’s severe new militant buzz-cut, which had tongues-a-waggin’ up and down the country.

In equally massive news, Mourinho has today confirmed that he cut his hair himself using nothing but Fernando Torres’ Remington clippers and a photo of Sinead O’Connor as a guide.

Speaking at his pre-Basel press conference, Mourinho was asked why he chose to cut his hair (kudos to whichever journo was responsible for that pearler; asking all the big questions there!) to which the Chelsea boss replied it was “nice and cheap” before going on to brag about his spectacular hair-growing prowess.

“Some people can’t do what I did. In a couple of months I’ll have hair again. Some other people cannot do it,” said Mourinho.

“I decided to do it. I asked Fernando to give me his machine and I did it myself in front of the mirror. It’s nice and cheap.

“Mrs Mourinho? I sent her a picture before I arrived at home to see if I could go in the house… Yes, no problem.”

Yep, that was the news.